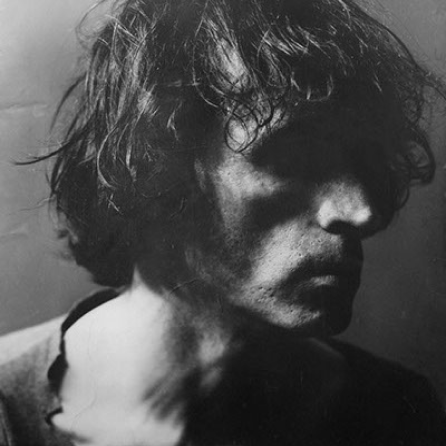 The unique project includes professional representatives of painting, sculpture, photography, and curatorship. The synthesis of arts helps to provide a more comprehensive and complex artistic expression, giving versatility to projects. The ideologist and creator of the C/A/C group is Oleg Shobin.
Works
Biography
Exhibitions
Critic's Review 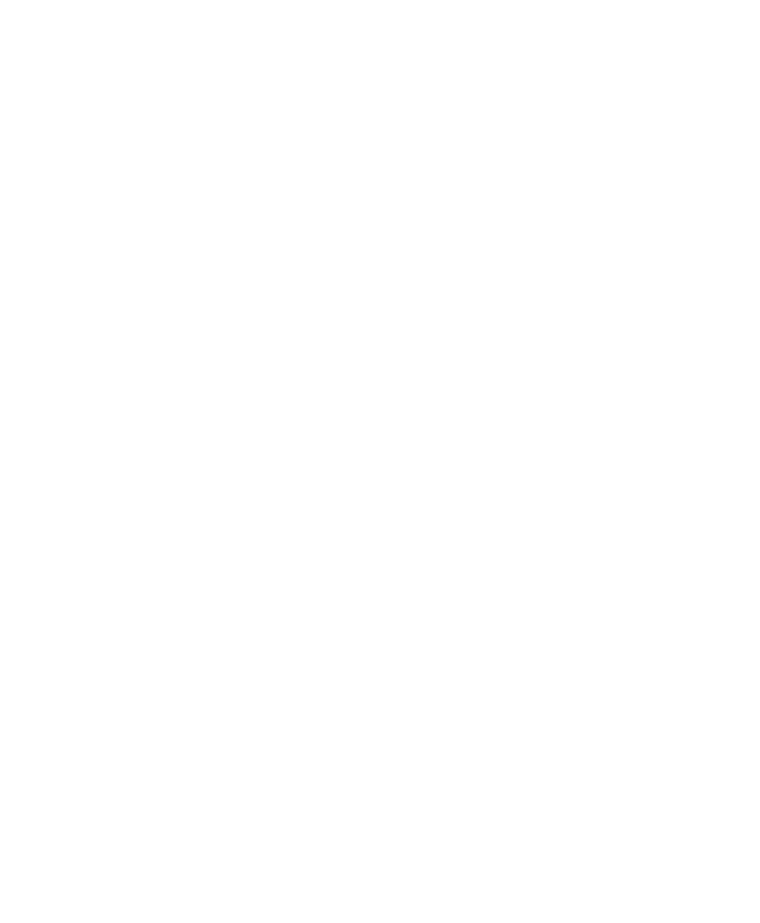 Concept / Art / Confession group is a unique project in the CIS. It includes professional representatives of painting, sculpture, photography, and curating. Each project implements different genres and types of art. The synthesis of arts helps to make artistic expression more comprehensive and comprehensive, giving the projects a variety of aspects.

A contrasting combination of textures and materials, brutal solid wood with fine gilding, metallic mirror splashes, soft fur creates the impression of plastic fullness and completeness of the works of the C/A/C Group artists.

It is the work with pure material, not contaminated by the disordered "creative will", that allows the C/A/C Group to overcome modernism. In the objects of the C/A/C Group’s new series "Reconstruction of Mind" (which sums up more than a decade of work with various textures), egregores of wood and metal seem to work; the image is appearing on the boards naturally, just like molten tin is spreading freely over the surface. A synthetic object is practically monolithic and cannot be divided into its constituent parts — "picture", "podium", "frame". This set of features follows the internal tectonics of the material and is perceived as a gestalt.

European fine art discovered its limits at the turn of the XIX-XX century. The highest degree of realism in depicting the surrounding world on a canvas had already been obtained, photography was being successfully mastered, the world history was facing another crisis, degradation of old meanings and search for new ones, the Great War was on the threshold. The humanistic values laid out in the XVIII century were exhausted. The art canons, which had developed through centuries, no longer complied with the spirit of time, and new points of support were being looked for.

Thus, the practice of the synthesis of arts, Gesamtkunstwerk, was born in European culture, when all possible movements, materials and techniques, music and architecture, sculpture and poetry, study of new materials and formal experiments were united in a single art harmony.
At the same time, fashion for archaic cultures spread in Europe. Numerous archaeological expeditions, the reconstruction of ancient magical and mystical cults — all these things significantly expanded the horizons of the worldview and aesthetics of Europeans. In the primitive artefacts that appeared from under the thicknesses of sand and millennia, the power of the material, forgotten by the European, concentrated truthfulness and plastic persuasiveness were revealed. This discovery came in very handy for both artists and poets, who were nervously looking for an alternative to worn out words that had lost their meaning.

Soon enough the aesthetics ended with the Black Square, and the worldview with the World War. The culture of the white man based on individualism and belief in superiority came to an end. The crisis of its destruction has lasted for more than a century and it looks like it is finally close to completion.

The old art is inert, and the outlines of the new one are still being shuffled in the mirrors of the celestial kaleidoscope. But it is already obvious that not everyone will be taken into the future. The excess baggage of the last century, this whole savage spectrum of formalistic experiments, conceptual puzzles and remnants of illusions about a visionary artist is already being reviewed. Once again, the universal human criteria of value are revealed: the mastery of the author and the persuasiveness of the material.

The Minsk group Concept/Art/Confession, headed by Oleg Shobin, meets these natural criteria. The artists create functional sculpture, photographic objects, collages and interior art objects. All these large works feature the finest elaboration, which can be specially mentioned in our time of the mass market and amateur art dominance in showrooms. The members of the C/A/C Group follow the path of the synthesis of arts, when a picture is complemented by a custom-made unique frame and pedestal made of stained oak or softer carved wood, gilded with gold leaf, decorated by river pebbles and sculpture, approaching the exclusive masterpieces of the Art Nouveau period. A contrasting combination of textures and materials, brutal solid wood with fine gilding, metallic mirror splashes, soft fur creates the impression of plastic fullness and completeness of the works of the C/A/C Group artists.

These things remind of clockwork mechanisms and precious boxes of medieval craftsmen, where every millimeter of the surface is worked out in detail, including hidden internal parts, which the human eye was not supposed to see. The Belarusian artists turn to creativity itself as to the elements, in the manifestation of which there can be nothing insignificant, incomplete, omitted. One can endlessly look at these skillful objects, marveling at the accuracy of craftsmanship, which reveals the essence of wood, metal and stone to the fullest extent.

It is the work with pure material, not contaminated by the disordered "creative will" (this invention of humanist philosophers ended with a world war and the deconstruction of art), that allows the C/A/C Group to overcome modernism. In the objects of the C/A/C Group’s new series "Reconstruction of Mind" (which sums up more than a decade of work with various textures), egregores of wood and metal seem to work; the image is appearing on the boards naturally, just like molten tin is spreading freely over the surface. A synthetic object is practically monolithic and cannot be divided into its constituent parts — "picture", "podium", "frame". This set of features follows the internal tectonics of the material and is perceived as a gestalt.

At the same time, the images look tectonic, despite the fact that they are shown in the objects as fragments. They are often heavily cropped. We see parts of female and male heads, hidden faces half-turned away from us, blurry torsos. They do not produce the impression of an individual image, and they are additionally concealed by a decorative frame. In one picture, we could recognize a character of Francis Bacon, however, looking more closely, we would rather compare him with a late Rubensian image in brown ocher colours. A stream of light pours down from above, a dense concealing fabric is thrown over the head, and the whole image is imprinted with a mysterious pendulum amulet or an artefact made of spilled red-hot iron.

The images of other works in the series are equally ambiguous. A man tearing out either his heart or his lungs shows the middle finger to the viewer. The manner of using light here is already different: almost Caravaggio’s light, very contrasting, with deep shadows. Nearby, a little man on all fours flies away from the monstrous fish that have come out of Bosch. The crucifix made of four torsos, pierced by a bullet or a nail. A naked old man reminding of the devourer Saturn or Cronus, is dragging someone on his back, and his mouth is plugged with a steel dummy … A small animal in a female portrait resembles the Dutch tradition, when animate and inanimate attributes served as a symbolic explanation of the general image.

Nevertheless, these tempting decipherings are not applicable to Shobin. This fascinating "guessing game" is just one of the constituent layers of the C/A/C Group’s creativity. Distancing themselves from the specificity of images and interpretations, combining everything with everything, artists make their way to the level of symbols and archetypes that have no directly corresponding things in the real world. Like the dance of shadows on the walls of Plato’s cave, the combinatorics of styles, artistic techniques, materials, effects, plots, characters and textures in the assemblages of the C/A/C Group generates new synergistic meanings and sensations. In this paradigm, 1 + 1 can equal (and equals!) 11, which allows us to condescendingly forget what we were taught at school and enter a new round of symbolic knowledge about the world.

Similarly, Valentin Korzhov, who tragically died this autumn, had managed to overcome the boundaries of modernism. In his latest project in Venice, body fragments framed in gleaming metal and flawless plastic are put together in compositions that are distinctly reminiscent of masterpieces of European art, but do not point to them, remaining as self-sufficient as an earthly image can be.

The C/A/C Group’s objects should not be treated as an image in an intricate frame that needs to be unraveled. "Reconstruction of Mind" is a synergistic project. While a traditional artist struggles with inert material and shows the image, cutting off the excess, the work of the C/A/C Group consists in the reverse process: following the natural unfolding of matter. Wood and metal are no longer limited by the creative will, they are only subject to gravity.

The artistic image of each individual object is created by the natural (in the spirit of Rousseau) wood texture, the free flow of metal, the illusory density of fur. Untouched (within the object, but still) by the external mind, they represent the elements: Earth, Fire and Air, at the point of contact of which an anthropomorphic image arises. In this series, the artists reconstruct the very process of perception.

And it is clearly seen that the image appearing on the plane is two-dimensional and secondary in relation to the primary elements framing it. The items created by the C/A/C Group are devoid of the eternal temptation and nightmare of a free artist "to paint a picture to make everyone gasp" and to painfully exploit the creative Oedipus complex. Wood, stone, metal, fur and a bit of photographic emulsion — this merciless naturalness is enough to create a perfect object.

Naturalness and plastic persuasiveness in a world tired of modernism cost a lot.


2012
«Brain Fashion». Photo: manual printing, machine printing. Sculpture: bronze. Shanghai Duolun MoMA, China.
Click to order
Find out the cost
Total:
Leave your phone number and we will call you back within a day and inform you about the cost of the work.